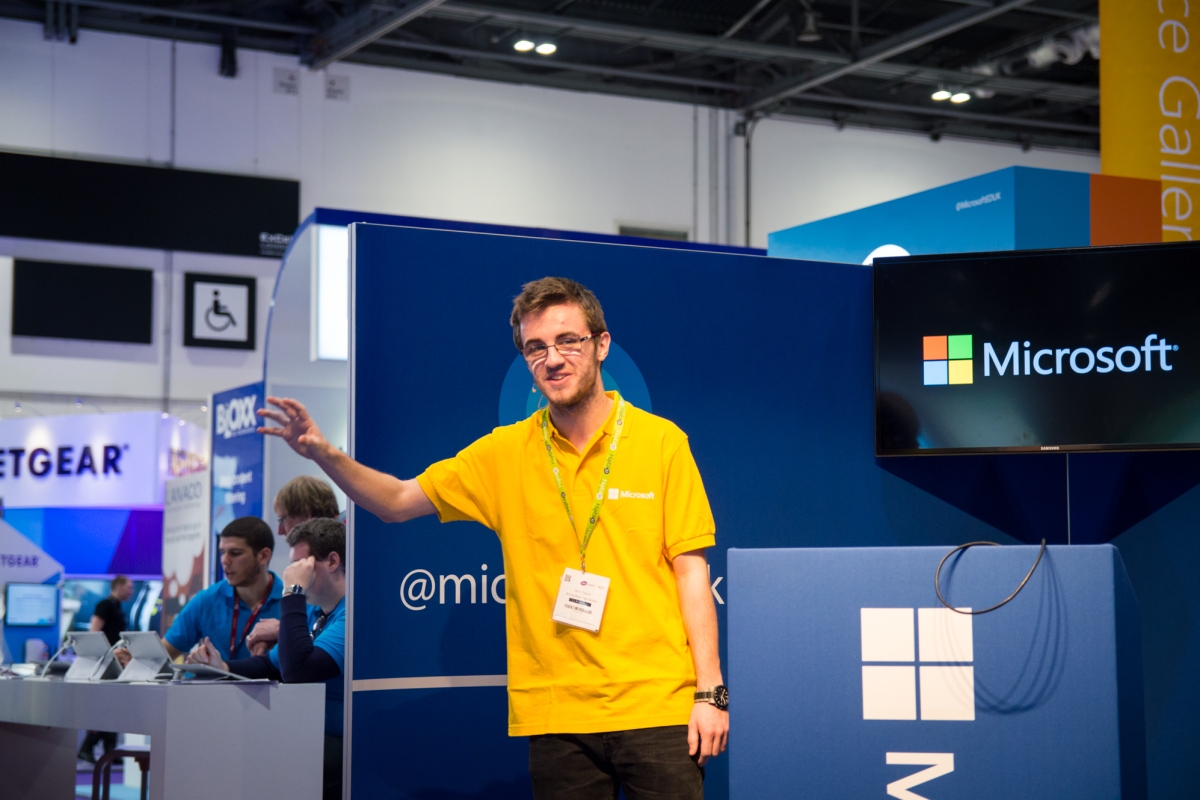 There is only a certain amount of times you can use the term ‘right hand man’ in these kind of blogs, but that is how I would describe Harry Traynor who is one of our Microsoft Global Student Ambassador’s here at Wymondham High School.

Harry is 18 and we have been working together on the rollout, deployment and ‘crazy ideas’ to do with IT both in and around the school. I first met Harry as a Year 13 student along with Paul Harvey, back in September 2013, and we first started talking about Microsoft certifications, this soon expanded into Harry’s passion of building computers and generally playing with technology when he had the opportunity.    To me this blended in well with the vision of scrapping the VLE in school and replacing it with Office 365, who better to help me to launch this to students?

It soon became obvious to me, that there was a different message to come from a students mind than there was an adults!  Harry & Paul soon offered to manage the rollout to the 6th form students, overseeing organising assemblies, initial training and troubleshooting any user issues. 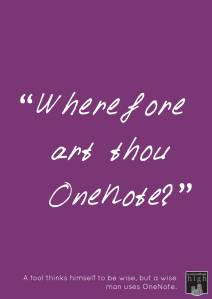 One day we were joking in the office about marketing our campaign, and soon after I came back to my desk to find the first Office 365 poster that Harry had created.  These unique posters blending curriculum, with technology soon started to generate interest around the school – again a great example of the student mind overtaking the stayed mind of someone older !

By Christmas, Harry (& Paul) were leading the charge with Office 365 & Yammer in the school.  Harry had also offered to develop our SharePoint site after feedback from students.

So by now Harry’s free slots on his timetable were taken up with showing me what he had found on SharePoint, and how we could roll this out to other years.

As we moved through 2014  the Harry’s role grew into a position of complete trust from both the IT teams perspective and that of our staff.  Students would tend to prefer asking another student for help, and staff were quite happy for students to come and assist them.

We started running regular CPD sessions for staff, and I gave Harry the opportunity to host them, and again his presence (at the age of 17) was fantastic, highlighting to teachers how students work.  Our relationship with Microsoft really was the catalyst for Harry’s other passion to come to light, that of video production, we were soon getting calls from different people from within Yammer and Microsoft to see if we can create a promo video for them.

April time was when I approached Russell Boulton (Principal) with the view to keeping Harry on in the school via an apprenticeship scheme.  He nature and enthusiasm really meant we did not want to let him go and luckily he decided to stay.

In September we have been working with Old Buckenham High School, an it really is second nature to take Harry  into a training session knowing he has the skill set to deliver  great knowledge to staff. We have done various presentations to other schools on our work with Office 365 in the classroom and where possible I get Harry to run those session with myself on the sidelines!

This work culminated in Harry being asked to present at the Bett Show at EdExcel with members from the Surface team from the states – and again never ceasing to amaze me with his level of professionalism at the age of 18 delivered some stellar presentations with Jacqueline Russell.

This year Harry is being invited to the E2 Conference in Seattle, to talk about his Minecraft  development with students at Wymondham High . I have been privileged to build some great stuff over the past 18 months, and cannot press home the value of working with students to help shape their future. I am sure 2015 will be another exciting year for the Global Student Ambassadors here at Wymondham High.