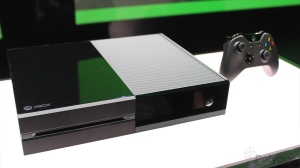 Its amazing when you put the right tools or the correct opportunities in front of young students how creative they can be.  One of these tools that ‘inspire’ creation is Project Spark from Microsoft.  I first came across Project Spark  at the Bett Show this year when it was in Beta. Microsoft’s Stuart Ball @innovativeteach  kindly gave me a beta code to try it out.   Spark for those who don’t know is a gaming environment that covers, creation, game play, programming and most importantly student  imagination!    Project Spark is available as a Windows Store download for Windows 8.1, (however you will need a Core I5 to run it).

Project Spark like its younger sibling Kodu, puts the world of coding and computational thinking in the hands of students, by giving them the ability to see the results in a world they understand. For example the ability to make a game and play it with an Xbox controller, shows a student a real tangible result.

Project Spark starts you off in a ‘blank world’ allowing you to place your ‘hero’ on the screen and then you begin to program, which in itself is nothing new.  Project Spark simply catches the student imagination, in creating worlds, programming, inventing gameplay and producing something that can be played on a modern day console rather than just a school desktop PC.

Get started by placing your hero on a blank world and chose to use a preset ‘brain’ or code one from scratch, using simple when & do statements.

Your hero can soon interact with other props and characters in your game through simple coding.

Add further detail to your hero through the character studio to personalise your avatar.

Students can easily get to grips in controlling there hero character with simple When & Do style coding.   When I use the controller  Do something.    Remember characters can be coded but also props can be coded, so they can interact with other items.   You can also power items so for example switches can supply power to doors, or lights.

So you can code in Project Spark! The magic happens in creating a world in which to play, this is where students can build games which look like and behave like top releases.  Painting the world allows so much creativity, and the software will put the finishing touches.  For example paint a cave and over hanging foliage is automatically put in.

You see really awesome creations are in the hands of students to inspire them to code and be creative through Project Spark.

Project Spark is available on Windows 8 PC’s through the Windows Store, and also on the Xbox One. It is also set to make an appearance on the Xbox 360.

So should your school have an Xbox to inspire students to code?    Yes I think so, students who can showcase work on recognised platforms will tend to want to develop it further and also gain valuable feedback from peers.

Computer Science should inspire  students to want to code and its tools like Project Spark which will allow this to happen in the classroom.